Hey everyone! Im super excited to partake in a book tour with Diverse Book Tours (their button is on the right side of this page, scroll down and click it if you are interested in doing a tour with them). This tour is with the book Pig Park by Claudia Guadalupe Martinez.

Plot Summary:
It’s crazy! Fifteen-year-old Masi Burciaga hauls bricks to help build a giant pyramid in her neighborhood park. Her neighborhood is becoming more of a ghost town each day since the lard company moved away. Even her school closed down. Her family’s bakery and the other surviving businesses may soon follow. As a last resort, the neighborhood grown-ups enlist all the remaining able-bodied boys and girls into this scheme in hopes of luring visitors. Maybe their neighbors will come back too. But something’s not right about the entrepreneur behind it all. And then there’s the new boy who came to help. The one with the softest of lips. Pig Park is a contemporary Faustian tale that forces us to look at the desperate lengths people will go to in the name of community–and maybe love.

Claudia is the author of The Smell of Old Lady Perfume (Cinco Puntos, 2008) and Pig Park (Cinco Puntos, 2014). She grew up in sunny El Paso, Texas where she learned that letters form words from reading the subtitles of old westerns with her father. She now lives and writes in Chicago.

10 Random Things about Pig Park
1.       I first set out to write a play about a mom and pop bakery fighting for survival, needless to say it went a different direction.
2.       The protagonist’s name was Tomasina until–much like an old fashioned skirt–I shortened it.
3.       Pig Park’s working title was MasaAmerica–a play on the Spanish word for dough (masa) and Meso-America.
4.       I imagined the delicious marranitos (ginger pigs) from Bowie Bakery in my hometown of El Paso every time I sat and wrote about the marranitos at Burciaga’s.
5.       The marranito on the book’s cover is not from Bowie Bakery, rather from Gussie’s across town.
6.       Skinny pigs, sugar-free ginger pigs, are a made up delicacy
7.       There was no pyramid in the initial draft of the novel.
8.       The pyramid was inspired by a man who walked into the community organization I worked at looking for sponsors to build exactly that.
9.       The real life pyramid was going to be a wood frame topped by thousands of candles.
10.    Although I might not want to admit this, I’m most like the mom character in the novel. Yep, I’m a totally a mom

I hope you all had a marvelous Thanksgiving if you celebrate it!

Hi everyone! I just wanted to let you know that I uploaded another video to YouTube: https://m.youtube.com/watch?v=lHuWzOZQ0X4

I have decided that I will alternate between blog and YouTube, so because I posted a video today, I will post a blog post next weekend!

I hope you had an amazing day!

I’m *super* excited to announce my new YouTube channel! Please, please, please subscribe and let me know if you have one and I’ll subscribe to it!  https://www.youtube.com/watch?v=YCec-g3Y0l0

Have a great weekend,

These are five blogs who I think deserve more subscribers!

I hope you subscribe to all of these awesome blogs! As usual, if you want to be featured in these posts feel free to shoot me an email (thenoveltyoflife@gmail.com) with your link. Have fantastic week! 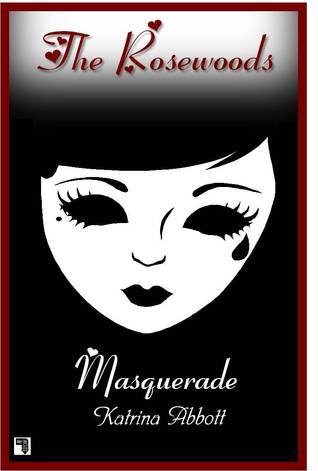 *I was sent this book for review by the author*

Read my review of the first book in the series here.

Halloween is coming and everyone knows what that means: costume party! For Brooklyn Prescott, the best thing about being the new school liaison was supposed to be planning the Halloween dance. Who doesn’t want to escape herself, even if it’s just for one night? But The Rosewood School for Academic Excellence has banned costumes and now Brooklyn’s faced with the possibility of her first event being a total flop. Not to mention that she’s planning the dance with Dave, the sexy and neglected boyfriend of her roommate, Emmie. Awkward!

It’s not like planning the dance is her only concern either. On top of classes she’s got equestrian team practice, and Coach Fleming has been acting very oddly. Talked into sneaking out to collect some intel with her friends, Brooklyn may have stumbled onto a huge, juicy secret that could involve the coach in a potentially career-ending scandal. And then there’s Jared, who seemed to be into her, but has suddenly disappeared without a trace – not even a text message.

Things at Rosewood are getting complicated for Brooklyn, just as she’s starting to fit in. The more she tries to uncover the secrets surrounding her, the more she realizes that her friends and even the faculty are all wearing masks. Does she dare look underneath them? Or does she put on one of her own?

Masquerade is the second installment of The Rosewoods, an exciting new Young Adult series for readers who love fun, flirty love stories.

I was super excited for this book! Right after I finished the first book in the series, I *needed* to get my hands on the second one! Unfortunately, I was overall fairly disappointed with Masquerade. The book was really cheesy and the characters said things that were supposed to be commonly-used slang, but really failed (then again, I don’t really use slang too much, so maybe I just found it excessive). The main character started to get on my nerves in the way she handled the love triangle (really more of a love square or perhaps a pentagon-if that’s a thing). I also thought that two of the guys in the love triangle-square-pentagon were a bit…not-sure-what-word-to-use-but-they-made-me-uncomfortable. I had some difficulty getting through the novel, but I think that was due to my slight reading slump because I actually found the pacing really well-executed.

I love how Abbott develops her characters. She makes them relatable and they continue to improve as the series progresses. I found myself extremely torn in the love whatever-it’s-called because I really wanted Brooklyn to end up with each of them at different parts in the story! It definitely played with my emotions and I am looking forward to the next installment! Generally, I would recommend this series to 14 or 15 and up.

I hope you all had a fabulous Halloween!